You are here: Home / Money / Have You Ever Been a Victim of Identity Theft? 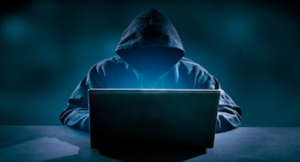 Four times in the past few years, my credit card information has been compromised.  I know how the number was stolen on the first incident. Other times, I have no idea how my information was attained by the perpetrators.

A few years ago, when all the cool people, (not me), were purchasing Keurig Coffee Makers at Christmas, my wife asked for a pretty red one as a gift. I politely stated that I would not for two reasons. One, being a new convenience appliance, the price was too high, and they would eventually become less expensive after the holidays and two, we did not drink coffee. In January, after the Christmas season had concluded and all decorations stored for another year, my wife reviewed our recent credit card statement. She asked me multiple times if I bought a gift for her and I forgot to present it. I informed her she had received all her gifts. She then inquired why there was a charge for a Keurig Coffee Maker on our credit card charges. Remember, I did not buy one, but somebody had on our card. Our credit card information had been stolen!

Each time for myself, the resolve to this situation was simple. I called the credit card company, they cancelled my card, eliminated the bogus charges and re-issued me another card with a new number. Simple. Not all reconciliation of identity theft happens that quickly. Stolen credit card information is not the only form of identity theft.

Every two seconds, someone in America will become a victim of identity theft. 15.4 million Americans were victims of identity theft in 2016, according to Javelin Research. Identity theft has been among the top consumer complaints with the Federal Trade Commission (FTC) for the last 17 years and ranked as the #1 consumer complaint from 2000 to 2015.  Identity theft is when someone illegally obtains and uses another person’s personal data in some way that involves fraud or deception, usually for economic gain.  Identity theft is still considered one of the most damaging white-collar crimes in the nation.  It can create significant financial stress in the victim’s life and the loss of time of an individual trying to repair the damage created by the offenders. One of the most severe consequences is the emotional impact it creates in a victim’s life. Anybody can fall victim to various forms of identity theft.

Types of identity theft include:

Financial identity theft: Happens when someone takes out a loan or opens an account in your name. Once thieves have obtained your personal information, they can drain your bank account, add charges to your credit cards and open new utility accounts.

Medical identity theft: Takes place when someone steals or uses your personal information (like your name, Social Security number, or Medicare number), to submit fraudulent claims to Medicare and other health insurers without your authorization.

Criminal identity theft: Occurs when an impostor provides to law enforcement another person’s name and personal information (such as a drivers’ license, date of birth, or Social Security Number) during an investigation or upon arrest. This includes the use of counterfeit documents using another person’s data.

The reconciliation of my identity theft was easily rectified. I have friends who were victims of tax identity theft. It was a traumatic time for them, and it took almost two years for them to resolve the situation. There are several ways to prevent identity theft that are available through numerous resources on the internet. Everyone should always be vigilant when protecting their identity so that they do not suffer financially, emotionally and expend numerous hours resolving the situation. With the exposure of our personal information through countless avenues, we can never be completely protected  from identity theft but it is recommended that you be aware of the various types and be more familiar in what ways you can prevent the loss of your identity.

In closing, my wife now proudly possesses a red Keurig Coffee Maker that I bought for her the following Christmas, $50 cheaper than the previous year! 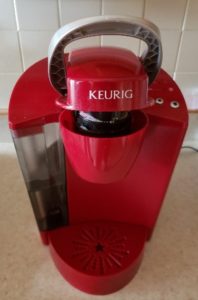 Dennis DeCamp began his career as an Extension Educator in October of 2015 after serving in the Ohio public schools as a teacher, principal and as a superintendent of schools. He chose to be an Extension Educator because of the positive impact that can be made in the lives of others. In his work, he teaches character education, food safety and financial education among other program for adolescents to mature audiences in his county and throughout Ohio. One of his favorite quotes is from Ignatius Joseph Firpo who said, “What we have done for ourselves dies with us, what we have done for others remains, and is immortal.” Dennis suggests that you go and make a positive difference in the lives of others, every day.