You are here: Home / Money / Lending Practices in America….Who Wins?

How long has consumer credit been available? 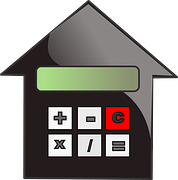 It is a rather modern concept and I still hear my mother-in-law talking about signing off for groceries at the mining store and waiting to pay the bill until the next paycheck arrived. Today, many consumers would be hard pressed to obtain a new vehicle if they didn’t have access to consumer credit.

The advantages to credit are obvious; credit allows us to spread the cost of repayment over time. Until recently, a bedrock of all consumer lending was that before a loan was made, the lender would first determine the borrower’s capacity to repay the loan. In a healthy market, both the lender and the borrower succeed when the transaction moves forward; more money is circulated in the market; the lender obtains interest payments and the borrower achieves an asset.

But what we have observed over the past 10 years is that there are lenders in the market who are making loans based not on the consumer’s ability to repay, but on the lender’s ability to collect.

So who looks after the welfare of the consumer? The Consumer Financial Protection Bureau is a federal agency that helps consumer finance markets work through oversight of the rules governing consumer finance as well as fairly enforcing those rules to empower individuals to take control over their economic lives.

Recently, the CFPB has taken a stand on payday lending agencies. Based on the research of this federal group, they found that for about half of all initial payday loans, borrowers are not able to repay the loan without renewing it. More than one in five initial loans turns into a repeating series of seven or more loans. The amounts that people borrow in each successive loan in the series are usually the same or more as the initial amount borrowed, leaving many consumers mired in debt while lenders continue to receive repeated fees.

The CFPB has a proposal under consideration to establish protections for these short-term loans so consumers are able to borrow but are not set up to fail. They are seeking ways to encourage lenders to either prevent debt traps at the outset or protect against debt traps throughout the lending process.

We know that consumers who use payday lending services can fall into a hopeless debt trap and become a victim of long-term debt. The CFPB is working for the consumer to allow for responsible lending while ensuring that short-term loans do not turn into long-term cycles of debt.

For more information, to leave a comment or to read the proposal in its entirety, please visit consumerfinance.gov.

Nancy Stehulak is the Extension Educator and County Director in Henry County, Ohio. She has encouraged good financial practices in families for over 30 years and knows that this form of communication helps families deal with their day to day decision making.