You are here: Home / Money / ‘Tis the Season—To Get Engaged?? 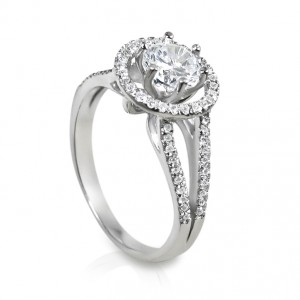 Did you know that 43% of engagements happen between November and January? Many couples eagerly anticipate the holidays as an opportunity to “pop the big question.” Christmas Eve is the most favored day of the year to propose, followed by Valentine’s Day, New Year’s Eve, Halloween, and New Year’s Day.

News flash–you don’t have to follow any of those “so-called” financial recommendations.

As more and more young people wait until their late 20’s or 30’s to get married, the notion of spending multiple thousands of dollars on an engagement ring seems not only foolish, but downright dangerous. The 30-something generation is graduating with more student loan debt than ever and segueing into entry-level jobs that barely pay minimum wage. The cost of living is so high that many graduates have had to move back in with their parents. Putting oneself into more debt just to buy a flashy ring should not be part of the tradition. An engagement ring is a symbol of love and commitment, not how much debt one can incur. 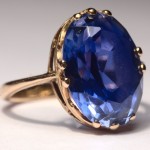 • An heirloom (family) ring
• A diamond substitute such as morganite or moissanite
• A semi-transparent or solid stone such as turquoise, pearl, opal, onyx, or lapis lazuli
• A gemstone representing the fiancé’s birthstone or the month you choose to get married. You will want to pick something close to the “hardness” scale of a diamond, because it will need to last (hopefully) for decades. Using the Mohs scale of hardness (diamonds are the hardest stone at a #10), consider the following:

It’s not unromantic to discuss financial issues that deal with romance. If a couple is getting close to a marital commitment, they should feel comfortable sharing their expectations about a ring, the type, and its cost.