You are here: Home / Money / The Cost of College and Parental Support: How Much Should You Commit? 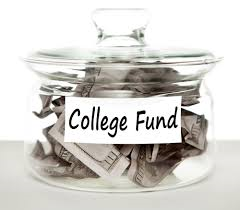 According to CollegeData.com, the cost of a “moderate” college budget for an in-state public college for the 2014–2015 academic year averaged $23,410. A moderate budget at a private college averaged $46,272. Those figures included the cost of tuition, fees, housing, meals, books, supplies, and personal needs.

Because of the substantial cost of attaining a college degree, many parents are raiding their retirement funds to pay for their children’s degrees. They cite reasons such as not wanting their kids to accumulate a lot of student loan debt and/or not wanting them to be burdened by having to work while simultaneously going to school.

However, if you want to guarantee that your child will do well in school, you would be wise to read what research says about parental funding. The reality is that parents who fund their children’s college education do so not at just their own expense, but their kids as well.

In a 2012 study published in the American Sociological Review, findings revealed that students whose education was funded by parents or student loans actually had lower GPA’s than students who worked to put themselves through college. Those students who took personal responsibility for funding their education, such as writing grants, applying for scholarships, and/or working part time jobs spent much more time studying and much less time partying.

The study also revealed that students who were “off the hook” time-wise during their school tenure because of student loans or the “Bank of Mom and Dad” tended not to use their extra free time to study more but to increase their social life. Additionally, college students receiving money from student loans or their parents actually spent less hours studying in college than they did in high school! The result of this less-focused experience was a lower GPA, minimal work experience, and/or a less impressive resume.

Parental financial aid does increase the odds your child will graduate within five years. Students who put themselves through college have a 56.4 percent predicted probability of graduating, compared to 65.2 percent for students who receive at least $12,000 in aid from their parents.

However, if you are struggling financially to smooth the way for your child, realize that making the decision to not sacrifice your future for your kids’ education does not imply you are mean or selfish. You are actually giving your children something more intangible; the gifts of success, achievement, and parental security. Why? Parents who don’t have enough funds for retirement may end up needing long-term end-of-life financial support from their children, and at a cost way more than the original tuition support they gave their children during college. Can you spell irony?