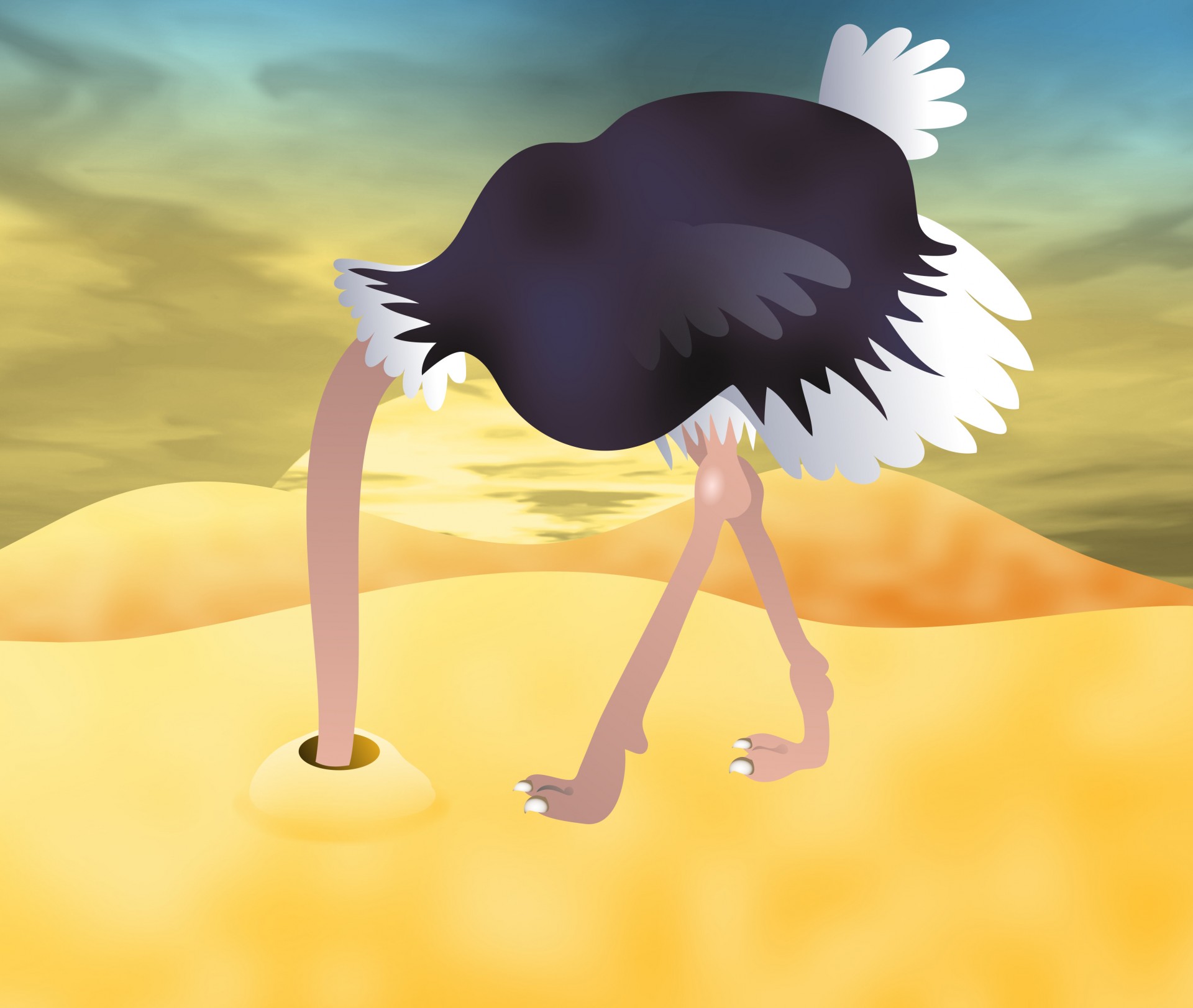 When we were kids, one of the first practical jokes we learned to play on each other was to tell someone their zipper was down (or something was spilled on their shirt). When they would look down in alarm, you would say “made you look.” The person being pranked usually acknowledged the joke with a sarcastic “ha-ha.” I don’t know if that joke is popular today; but I’m going to assume not, because for the joke to work you would have to first pry the cell phone out of someone’s hand to redirect their eyes elsewhere (sorry about the social commentary).

But young people today aren’t the only ones not paying attention. Adults are just as guilty when it comes to ignoring warnings, particularly financial ones. You can’t solve your money issues if you won’t (a), look at them, or (b), acknowledge them. People think if they just ignore the threatening letters, bills, or phone calls, their money problems will cease to exist. Not looking means not having to deal with the problem. That started me thinking about times when I have physically closed my eyes to avoid looking at something, and I came up with the following short list:

Seeing any body organ exposed that is normally under the skin

Okay. Some of the things we fear are not rational; they may not make sense to others who aren’t afraid of those issues. Closing your eyes when it comes to finances, while understandable, is a form of denial. No one cares if you cover your eyes when you ride a roller coaster at Cedar Point, but a lot of people care if you don’t pay your bills. They will not let you off the hook just because you don’t want to deal. They are going to be committed to “making you look.”

Psycho-analyst Sigmund Freud and his daughter Anna Freud were two of the first people to seriously look at the theory of denial, also known as “willful eye-closing.” Freud believed that people use defense mechanisms such as denial to help them cope with reality. Admittedly, we all use defense mechanisms to protect ourselves from anxiety, pain, or stressful situations.

Understanding denial, and admitting you are guilty of it, is the first step to solving your problems. That’s because you need to see the big picture before anything can change. It is far easier to stick your head in the sand and pretend that you don’t have issues. Finances, along with health, go right to the top of scary chain “big-picture” things we don’t want to think about.

Freud identified seven types of denial; the three I see most often pertaining to finances are as follows:

Denial of responsibility. This kind of denial is a way of avoiding personal responsibility by blaming, minimizing, or justifying. You lie to yourself that the situation isn’t that bad, or that you deserve the purchases that put you in arrears.

Denial of impact.  When you deny the impact of your decisions, you give yourself permission to avoid thinking about, or understanding, how you made them. This in turn means you don’t have to feel guilty about your choices, because in your mind you did nothing wrong.

Denial of cycle.  Do you have a history of making the same bad choices over and over again? If so, you are guilty of denial by cycle. Because you refuse to look at your behavior from a retrospective point of view, you fail to see patterns of harmful behavior you have established over the years.

If you are currently avoiding looking at your finances because you can’t bear to see how bad the situation is, approach it from the perspective of ripping off a bandage. There might be a little pain associated with the action, but once you are over the hump, you can begin to adjust and heal your money problems. Remember, knowledge is power. Once you “look,” the joke is no longer on you.