You are here: Home / Food / Diabetes: Are you at risk?

November is National Diabetes Awareness Month! According to the American Diabetes Association, http://www.diabetes.org, almost 30 million adults and children in the U.S. are diabetic.  Another 86 million are at risk for developing Type 2 diabetes.

Are you at risk?  The risk factors, according to the Center for Disease Control,  (http://www.cdc.gov/diabetes/basics/prevention.html), include: 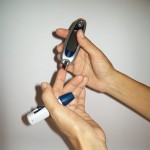 What are the symptoms of type 2 diabetes?

The symptoms can be so mild that you might not even notice them. Many people do not know they are diabetic until they have other health issues.

Diabetes can be managed.  For many it can be controlled through diet 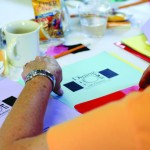 and exercise.  Medication may be needed.  Education is the key.  Many extension offices in Ohio, and other states, offer a Dining with Diabetes education and cooking demonstration series to help those who are diabetic or at risk for the disease.  The National Diabetes Education Program, http://ndep.nih.gov, the National Institute of Diabetes and Digestive and Kidney Diseases, http://www.niddk.nih.gov, as well as the other links listed here have very helpful information.

Know your risks and talk to your doctor.  You are in charge!

Barb Hennard, M.A., is the OSU Extension Family and Consumer Sciences Educator for Auglaize and Mercer Counties. Her experience includes that of a classroom teacher, school food service manager, food research and development test kitchen home economist and work in food quality control. Barb is active in community health coalitions and provides nutrition education for adults and students through a variety of programs. She is active in diabetes education programs and helped develop an on-line class for Dining with Diabetes.

How to Can Tomatoes in a Water Bath Canner